Here are a few book and movie recommendations, in no particular order.... 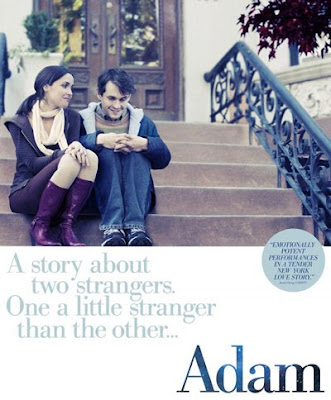 Last [weekend] we went and saw a movie downtown at the Broadway cinemas. We saw Adam.. it was about a man afflicted with Asperger syndrome, a form of autism. It was great.. sweet.. funny.. and the actor with the role of Adam was amazing. I think he did a great job at portraying someone with autism.. but mostly the movie gave me hope for the future.. hope that one day Logan will be able to function in the world, and even might be able to have a family of his own. Definitely a must see!!! 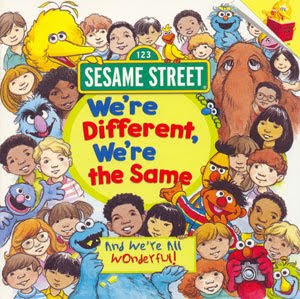 Sesame Street has a book out that we use called, "We're Different, We're the Same." It's great for a number of things...we're interracial and have some special needs children too, so it fits well. 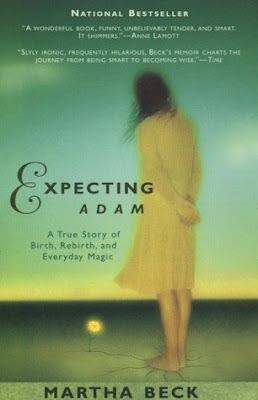 "This is the story of two driven Harvard academics who found out in midpregnancy that their unborn son would [have special needs].... What they did not realize is that they themselves were the ones who would be 'born,' infants in a new world where magic is commonplace, Harvard professors are the slow learners, and [special needs] babies are the master teachers."

Reading Martha Beck's book 'Expecting Adam' really changed me. It went to a place so deep, I think it actually touched my soul. I don't agree with all of Ms. Beck's philosophies, but I respect her ability to see her special needs son in his proper light, to recognize the miracles that he brought into her life, and to have an uncanny ability to put her experiences into words. I highly recommend this book -- not just to a special needs parent, but to anyone. 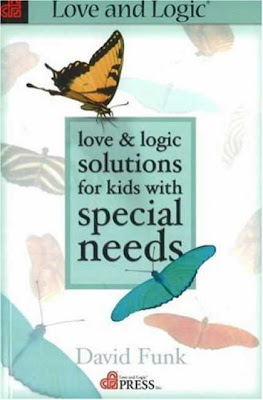 While I was pregnant with Chloe, I read 'Love and Logic,' and considered myself a bit of an expert on the subject of children's discipline. That makes sense, right?... An execting mother thinking she knows it all. Then - boom - reality hit, and all of the 'typical' rules were thrown out the window (right along with my pride). Thankfully, when Chloe was about six months old, I came across this book that takes the love and logic theories that I respect so much and teaches you how to apply them to your special needs child. I am anything but an expert on disciplining special needs children -- they are just too cute and sweet, so it's hard to stand firm, but this book has helped give logical yet loving guidelines so I can take a step in the right direction! 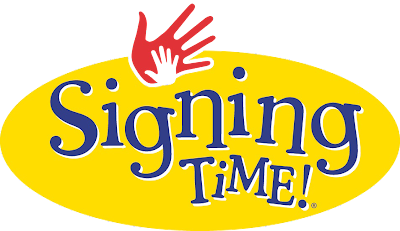 The 'Signing Time' series of DVDs are AWESOME. We all learned so much from them. The Mom who makes them has a Deaf child. The Signs are all ASL, the music is fun and catchy and the videos are so addictive. There are also books and other stuff on their website. 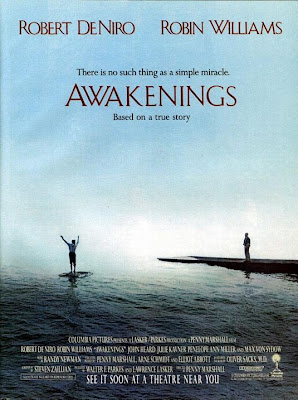 One of my favorite movies when I was a teenager was "Awakenings." It touched me so deeply that I started volunteering at a local rest home. When I watch it now, it has an even deeper meaning...In the movie a doctor asks a mother if her comatose son ever speaks. She replies "of course not, not with words..." 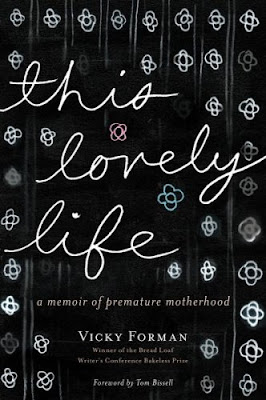 I just finished THIS LOVELY LIFE by Vicki Forman. She is of “Literary Mama” fame. Once I read her essay The Mother at the Swings I was really drawn to her writing. 'This Lovely Life' is an awesome, gripping story about her twin birth, her daughter’s death & the disabilities (cerebral palsy & seizures) that her son had as a result of premature birth. It may not be everyone’s style as it is not all roses & sunshine, but it is REAL. 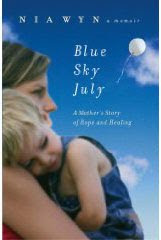 I'm not usually into reading books about cerebral palsy. Especially the "self-help" ones that promise some miracle treatment. But after hearing so many moms talk about 'Blue Sky July', I had to give it a look-see. And I'm so glad I did . . .

It's not about how to help your child, not about how to deal with different therapies, just a simple memoir of a mother whose child has severe CP. It's written so beautifully . . . I don't know if it's because she is a writer by trade or a combination of that with her UK brand of the English language, but she has such a way with words. It's the story of the first seven years of her son's life, and it's almost like poetry. It's hard to imagine someone could write so eloquently about such a difficult subject matter, but Nia Wyn does!

If you are the parent of a special needs child (especially a severely disabled one), please pick this book up and read it--it'll do your heart good! 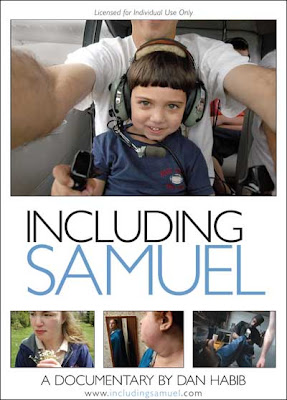 I heard about a documentary called Including Samuel from one of my yahoo groups. The film was created by a photojournalist that has a son with cerebral palsy and looks at the challenges and opportunities to include Samuel in their everyday experiences and in school. It also shows several others with disabilities and shows their varied experiences.

I just looked at the extended trailer - 12 minutes - on the documentary and I can't wait to see the whole show! It's playing in the Philadelphia area on WHYY (Channel 12) at 7pm on October 9th. I'm setting my DVR to record it. I hope anyone reading my blog takes the opportunity to check out the trailer here and then decides to watch the documentary on your local PBS station.

If you have any books or movies relating to special needs that you'd like to recommend, please leave a comment!!!
Email ThisBlogThis!Share to TwitterShare to FacebookShare to Pinterest
Labels: Books, Movies, Try This Tuesday

Thanks for sharing this - we LOVE, LOVE, LOVE Signing Time, too and I'm interested in checking out the other recommendations.

i like this post...full of great info tara! thanks!

i should have added baby signs for the toddlers...they are super fab books, but i'm glad the signing time made it!

Thanks for sharing the book ideas. It is always nice to read about others experiences.

I have Including Samuel on my TiVo, it was on last night...now if I just had time to watch it!! ;)

All of these books and movies look great. Recently in health we have started disease and disability so these definitely appeal to me. If you want to check out my blog it can be found at http://pinktigersrecomendedreads.blogspot.com
If this address does not works just search pink tigers recomended reads in Google, and that's right recommended is spelt wrong.

I would also like to add that if you need some help in the child discipline area, that a child behavior modification program is a great way to learn the skills to become a more effective parent.